Sydney Henry Campbell was born Henry Tabel in Ballarat in 1872. It is not clear why he changed his name but his first two children were born ‘Tabel’s’.

He was the son of Pierre Tabel, who migrated to Australia as a 20 year old aboard the Minerva in 1853, along with his elder brother Henry, who was a witness at his wedding, and sister Catharine. His sister went on to New Zealand to be re-united with her fiancee, Emilius Le Roy, who she married in 1855 in Auckland.

Pierre Tabel was born at Port St Peter, Guernsey, Channel Islands where his forefathers had lived from at least the 17th century, and was mainly of French blood.. He was a fruiterer in Ballarat and was buried there on 14 December 1914.

Sydney Henry was shown as Henry Tabell for the birth of his first two children. He was in Ballarat around 1910 to at least 1912, where his parents were still living, moving to Broken Hill by 1914. By 1915 he was working in the mines. Records show that he was employed as a shift boss up to March 1939. In 1939 he described himself as a shopkeeper. The Barrier Miner reported on 5 December 1944 an accident in which he was involved.

As the result of an accident last night in which a lorry struck a pedestrian, a man was injured and a baby in a pram had a narrow escape from serious injury. The mother of the child suffered severe shock.

About 8 p.m., Ray Landorff, of 116Cornish Street, was walking with his wife. Mr Landorff was wheeling the pram in which was their one month-old baby. A Dodge lorry, driven by Sydney Campbell, of 116 Cummins Lane, allegedly approached from behind them and struck Mr.Landorff, throwing him to the road-way on his face. The pram was tipped over.

Mr. Landorff was admitted to Hospital. His condition was reported today as comfortable. The baby was examined at the Hospital but was found to be unhurt.

Mrs. Landorff suffered severely from shock and had to be assisted to the home of her mother-in-law.

Constable Booth, who is in charge of the inquiries, said that Mrs. Landorff was assisted to this place by a man and his wife, whose names are unknown. Police are most anxious to contact this couple and anyone with information which would help towards this end should communicate with Constable Booth at the Railway Town Police Station.

He died in 1953 81 from tuberculosis and pneumocomosis, probably as a result of his years in the mines. The Barrier Miner reported on his death on 27 July 1953.

The death occurred at the Hospital yesterday of Mr. Sydney Henry Campbell (81), of 120 Cummins Lane. He was born at Ballarat, but had been a resident of Broken Hill for about 53 years. He worked for many years on the Proprietary Mine until it closed in 1939. He leaves a grown up family of five sons (Messrs. R” S.R.,M. C., C. I., and K. S. Camp-bell) and six daughters (Mesdames D. J. Condon, Victoria; T. H. Williams, Wentworth; J. Trevorrow, J. Kelleher, Queensland; J. Kemble and S. Luke. The funeral took place today, leaving Fred J. Potter and Son’s funeral parlor, Oxide Street, for the Methodist Cemetery. The remains were interred in the same grave as his wife, who died in November, 1941. Fred J. Potter and Son had charge of the funeral.

His spouse was Sophia Jane Langley who was born to John Langley and Mary Jane Osborn in the District Of Talunya, South Australia, in 1875. John Langley’s family, whose parents were John and Jane Langley, migrated to Australia on the the 574 ton, three-masted Punjab. The ship was built in Calcutta in 1847. It departed Southhampton and arrived at Glenelg on 25 May 1855. John was described as a sawyer, a form of farm labouring. 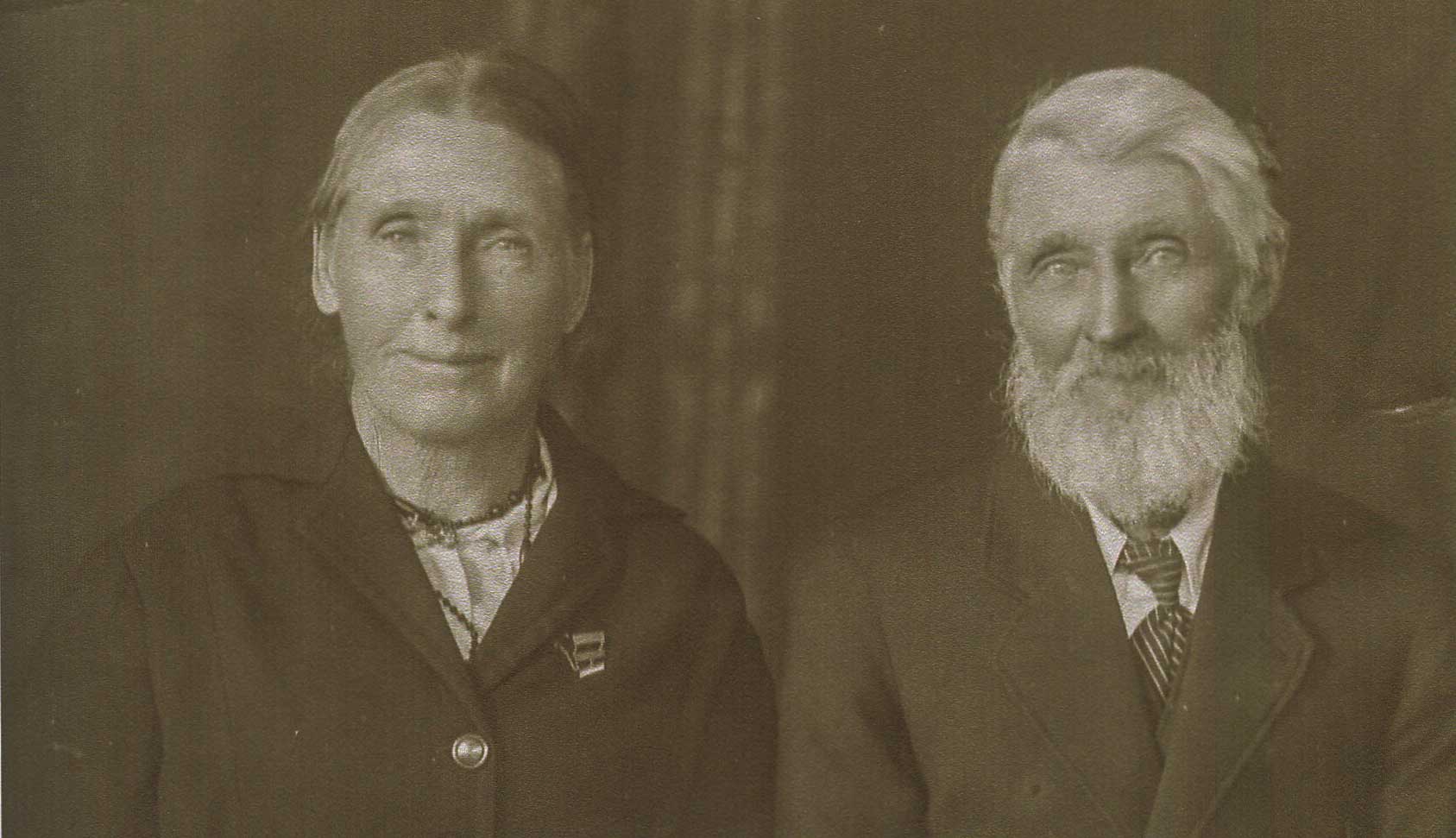 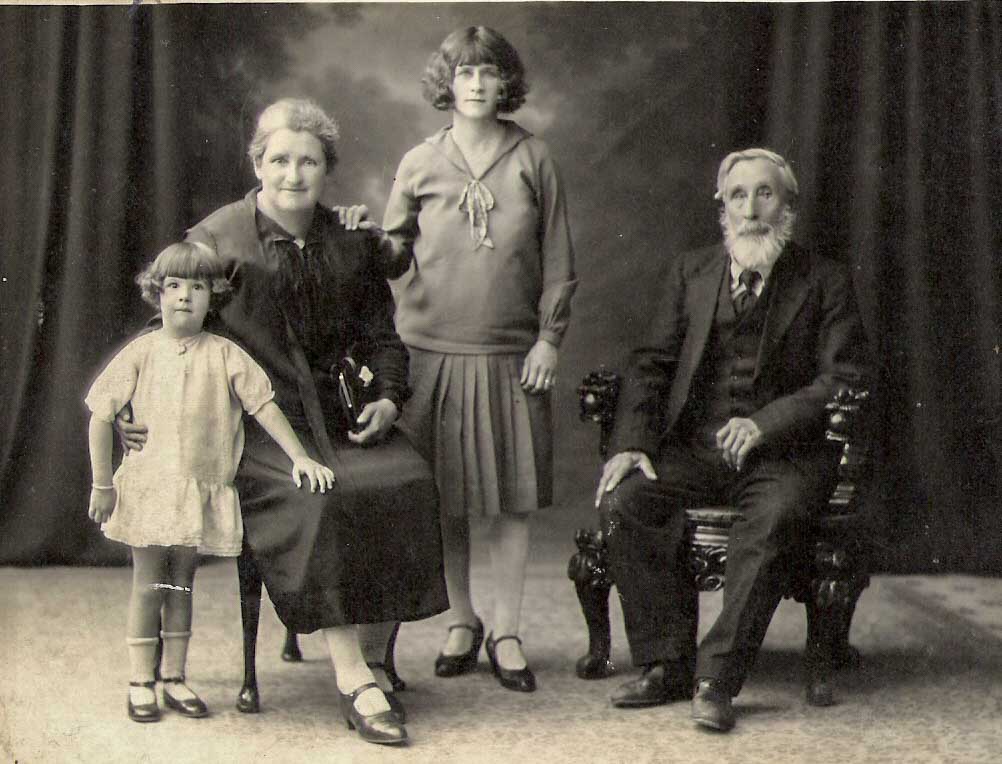 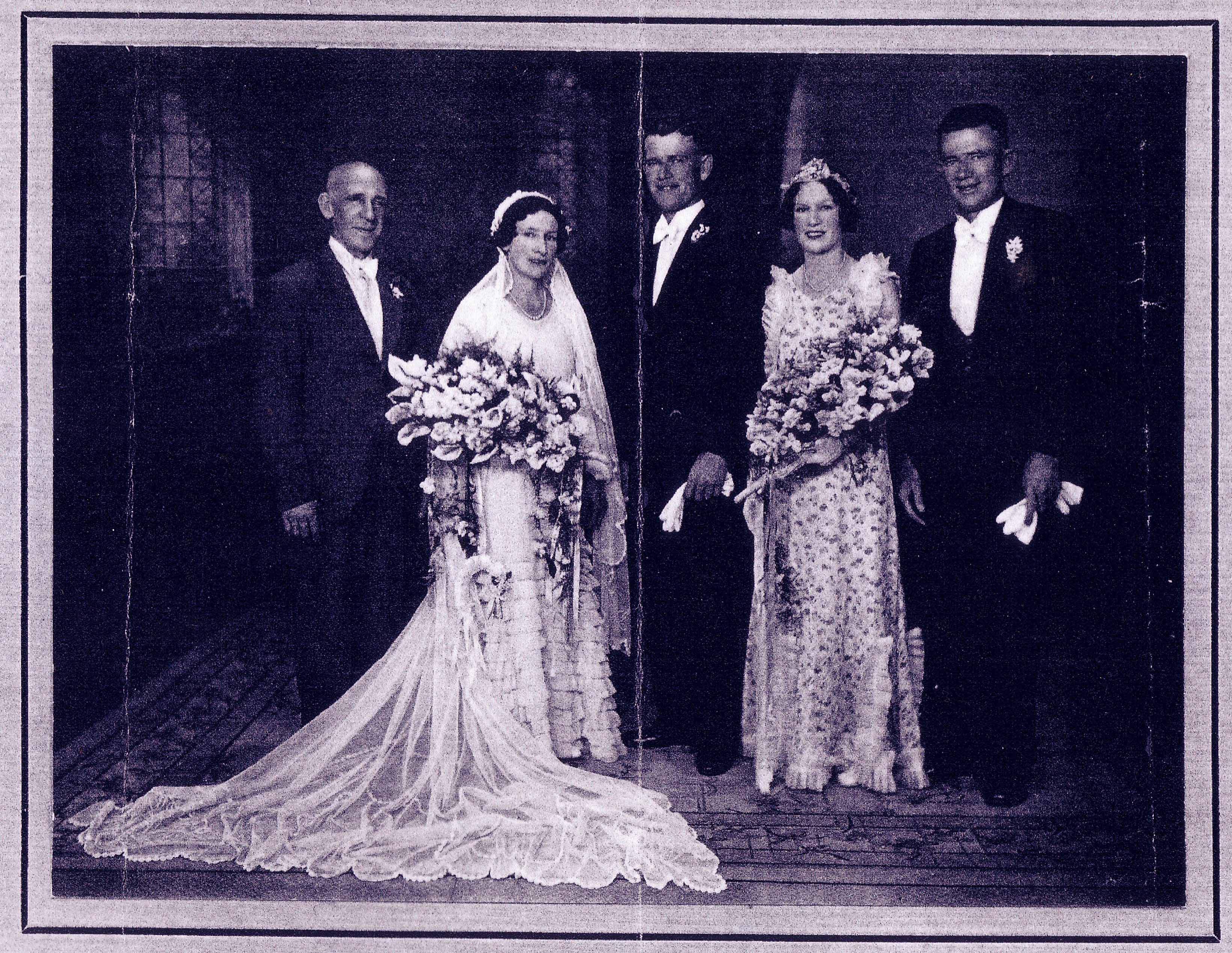 The obituary for Mary Jane read as follows:

Mrs. Mary Jane Langley, whose death at Terowie occurred recently, at the age of 83 years, had resided in that town 46 years. She arrived from Devonshire at the age of 11 years. Her parents, Mr. and Mrs J.H. Osborn, settled at Gumeracha. Deceased, who was their second daughter, was married to Mr. John Langley, of Kersbrook, in 1865. In 1882 Mrs. Langley travelled with her husband and seven children in a bullock wagon to the Hundred of Wonna, 18 miles west of Terowie, where they started farming. Owing to ill health Mrs.Langley retired from the farm 30 years ago to live in Terowie. During the war, as a member of the Red Cross Society she knit 116 pairs of socks for the soldiers. Last year she became almost blind, and six weeks before her death she fell and broke her hip. She had 12 children, nine of whom still survive: -Mesdames Chamberlain, Martin, Sedgmen, and O’Toole, Mr. F. Langley (Peterborough), Mrs Campbell (Broken Hill), Mr. G. Langley (Terowie), Mr. W. Langley (Spalding), and Mrs A. Keast (Riverton). There are 55 grandchildren, and 38 great-grandchildren.