Robert and Jack Vigor. They fought in Gallipoli together and Robert was with Jack when he was wounded. Robert went on to see terrible fighting in France. 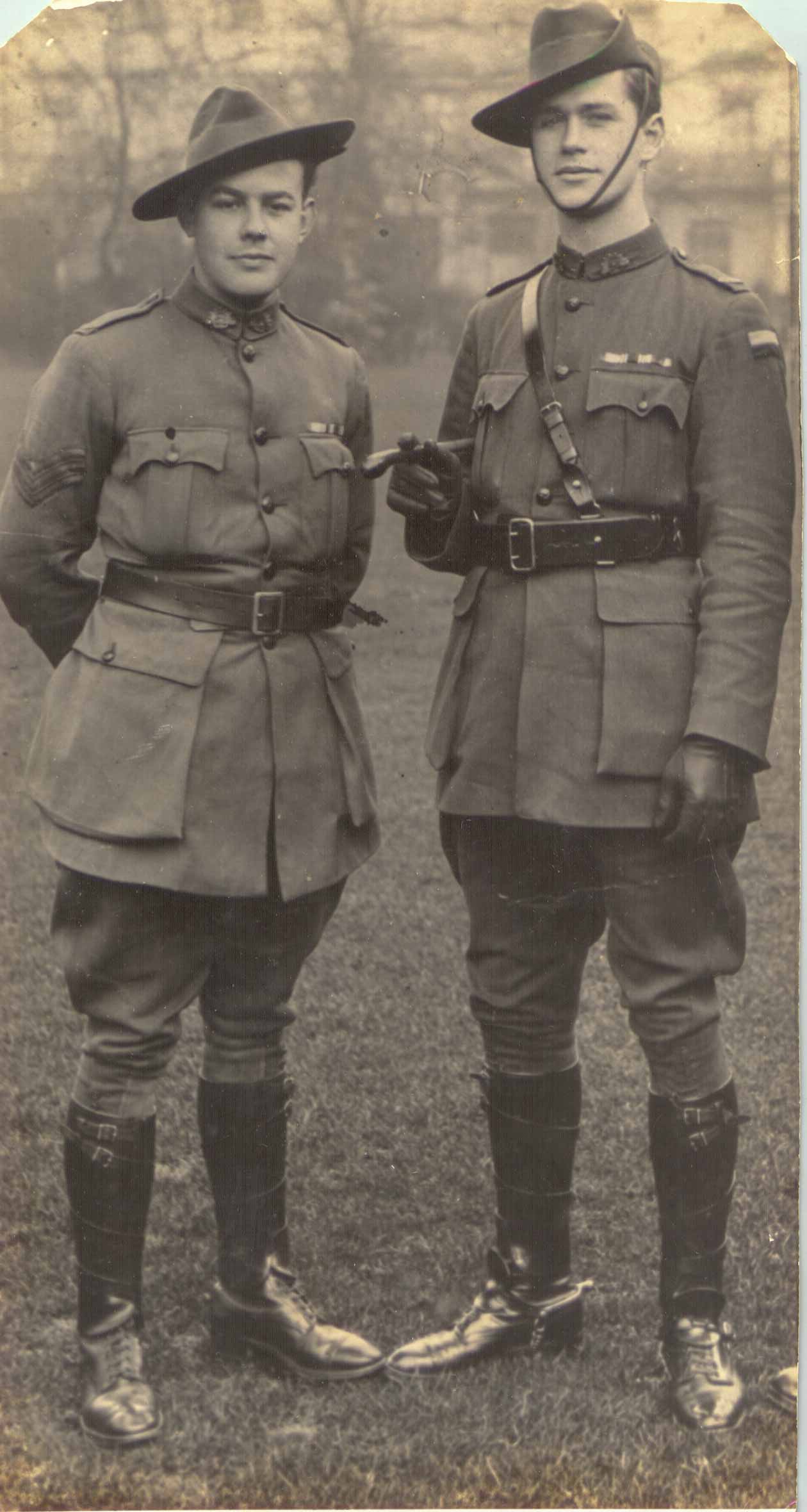 Robert Harold Vigor left London for Queensland aboard the 7,749 “Paporoa” on 17 September 1913.

Robert enlisted on 12 February 1915 in Atherton Queensland, joining the 25th Battalion of the 7th Infantry Brigade. At the time he was described as 21 years of age, 5 feet 8 inches tall, having fair complexion and brown eyes.

He served in Gallipoli with his brother and was there when he was wounded.

He then proceeded to join the British Empire Forces, disembarking in Marseilles before proceeding to England in May 1916.

He was wounded (shell shocked) in France on 5 August 1916. He embarked on the HS Dieppe at Calais on 1 October 1916, heading back to England. He was taken on strength at the No 1 Comm Depot by the end of that month, classified as being in Clas s A condition. He was stationed with the ANZAC Police at Tidsworth in August 1917 and the Australian Provost Corps, London in September 1918. He was appointed as a Lance Corporal in December 1918; to a Temp Corporal in January 1919; an ER Corp oral in February and to T/Sergeant in November, and ER Sergeant in December 1919 when he was undertaking duties with at Headquarters, from Warwick Square.

He returned to Australia aboard the Bahia Castello on 17 April 1920.

He was awarded the 1914/15 Star; the British War Medal and the Victory Medal.

He later went to British West Africa and eventually retired to Australia and lived with Jack. He undertook clerical work, usually in government departments. He was a pharmaceutical assistant under Doctor Raphael Cilento in New Guinea. Doctor Cilento, whose wife was Lady Cilento, undertook early research on tropical diseases for which he was knighted. He apparently indicated that, while working in Papua, he undertook medical work including amputations.